“Blake really saved my life! I was facing a Class C felony. He was able to help me avoid jail time with only a $500 fine!!!!”

Blake Harris is a member of the Washington State Bar Association and limits the scope of his practice to criminal defense. This includes pre-charging, pre-trial and trial practice.

Mr. Harris has represented over 300 clients during all aspects of trial including, first appearances, sentencing hearings and plea negotiations. He has written successful motions for suppression of evidence, material witness warrants and subpoenas. He has scrutinized police body camera footage and reports to find Constitutional issues to suppress footage and reports based upon improper procedures used by the police.

Notable cases include winning an Assault 4 DV case where his client allegedly hit his son and his client’s ex-wife took his son’s side. Blake was able to show that the ex-wife was lying because he introduced a recorded interview of the ex-wife, which differed from her testimony in court on where she saw the assault happened.

Blake was also able to get an anti-harassment order dismissed showing that there was not a pattern of harassment. The client’s wife thanked him and said afterwards, “I am thankful for all the professional detailed and attentive work he did for us, we could not have done this without him.”

Mr. Harris understands that there are often ulterior motives when making unfounded allegations against the accused. Mr. Harris has honed his abilities to effectively argue these ulterior motives before judges and juries. Mr. Harris always goes the extra-mile for his clients and responds to his clients promptly. One of his former clients states, “Blake Harris is phenomenal legal representation in Criminal Law and makes the impossible outcome…possible!”

Mr. Harris is well-like and well-respected by his clients, colleagues, prosecutors and judges. This comes in handy when working with prosecutors to obtain favorable results for his clients.

When not practicing law, Mr. Harris enjoys time with his family, backpacking, and kayaking. He is also proficient in Spanish. 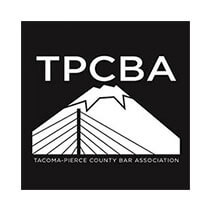